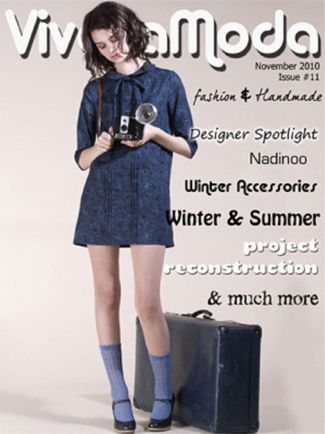 VivaLaModa, the indie quarterly fashion and handmade magazine, has just made issue #11 available for free online.  This winter edition continues the popular Project Reconstruction and brings you some fabulous winter accessories. 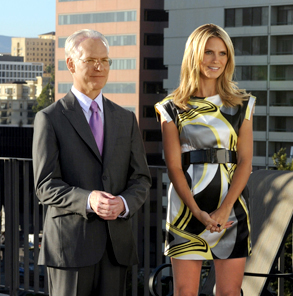 Get ready, set, sew!  Season 8 of Project Runway, the show I love to hate hate to love but can’t seem to stop watching, is back this Thursday, July 29th at 9pm on Lifetime with a newly expanded 90 minute format.  Set your DVR! 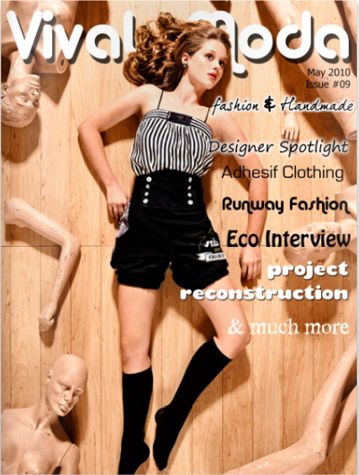 The latest issue of VivaLaModa Handmade Fashion magazine, issue #9, is now available online for free.  This issue includes a bunch of super talented clothing designers who have each reconstructed a mens shirt for the magazine’s Project Reconstruction spread.  All of the designs will be auctioned off next month with the proceeds going to the CARE charity for Haiti.  In the meanwhile, you can vote for your favorite design and one of you lucky voters will win the design of their choice.  Check out the magazine today and vote for your favorite design – it’s all for a good cause!

After a long court battle between NBC Universal (the parent company of Bravo) and the Weinstein Co., which produces the “Project Runway” series, season six of the show finally aired on Lifetime on August 20th and it was the top-rated premiere in Lifetime’s history.

Ratings were also up an amazing 32% over season five’s numbers, when the show still aired on Bravo, plus fans of the show can now view current and previous episodes on MyLifetime.com.  The show has never been streamed online before since Bravo didn’t have the rights to stream full episodes.