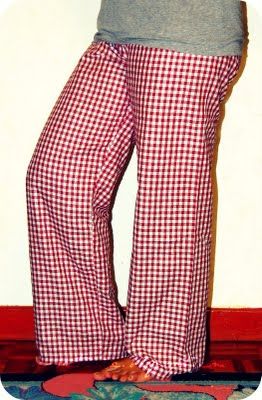 They look pretty comfy, don’t they?  You could probably do the same with kids elastic waist pants – just as long as the pair you’re copying still fit them.

Now IF you’re not the kind who feels comfortable just tracing around a pair of pants and sewing them up, but still need a pair of lounging pajamas or nightshirt, run on over to  BigBeautifulPeople and check out the nightshirt and pajama patterns there. 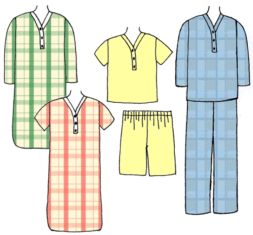 According to the comments people are leaving for our Holiday Designer Gingher scissors giveaway, it appears that pajamas are one of the most popular of all gifts that people are making for Christmas gifts.  There is still plenty of time to get the patterns and start making some pajamas or nightshirts for your family.